If the phrase “graphic novel” makes you think of elves, anime characters, and superheroes, Sean Fitzgibbon encourages you to adjust your expectations. Fitzgibbon, a Fayetteville artist and recent recipient of the Artists 360 program, has created a “true crime” graphic novel that has just been published – and it’s a story familiar to anyone with more than a cursory visit to Eureka Springs made.

Eureka Springs’ Crescent Hotel, completed in 1886 for $294,000 and located on 27 acres at the north end of West Mountain – “a majestic location overlooking the valley” – was considered “America’s most luxurious resort hotel.” www.nwaonline.com/news/2022/jul/26/what-follows-is-true-sean-fitzgibbon-debuts/”With large, airy rooms that are comfortably furnished, the Crescent Hotel offers the leisure traveler opulence unmatched in terms of comfort and service,” wrote the Eureka Springs Times Echo on May 20, 1886.

“Rarely has such a massive construction project been carried out with such efficiency,” the Times Echo continued. “The magnificent building was then furnished in the most exquisite manner. Illuminated by Edison lamps, fitted with electric bells, heated by steam and open grates, hydraulic elevator and truly a showcase of today’s conveniences.”

In the 1930s, the history of the Crescent Hotel took a dark turn that intrigued Fitzgibbon. A “former vaudeville magician, turned inventor, multimillionaire businessman, populist radio host, cancer doctor without a day of medical training in his life,” Norman G. Baker, who described himself as a “doctor,” lured the dying to Baker Hospital in the hotel and promised them that he could heal them in his “castle in the air”. He did not do it.

Sean Fitzgibbon created this rendering of himself at work on his upcoming graphic novel, What Follows Is True: Crescent Hotel. (Image courtesy/Copyright Sean Fitzgibbon) “What made Norman Baker’s cancer cure charade so despicable is the human cost of his cheating,” the Crescent Hotel website notes in its narrative of the story. “Hundreds of people who might have lived had they received legitimate medical care have died trusting in its healing.”

Fitzgibbon, who moved to Fayetteville from Missouri in 2003 to pursue a Masters of Fine Art from the University of Arkansas, is now an associate professor of art at Northwest Arkansas Community College in Bentonville and a nationally recognized artist whose work includes graphic novels. “I have a passion for visual storytelling,” he says, focusing on “unusual, real-world places and events.

After more than a decade of work and funded by a month-long Kickstarter campaign in 2021, What Follows Is True: Crescent Hotel, Fitzgibbon’s 240-page, fully painted non-fiction graphic novel, premieres Friday from 5-8 p.m debuting at a launch party at the McCoy Gallery at the Community Creative Center in Fayetteville. Part of The Great Beyond: Comic Art in the Ozarks, the exhibition, open through August 6, also features Chad Maupin, JL Morris, John Lucas and Gustav Carlson. Books will be for sale at the meet-and-greet or can be ordered at seanfitzgibbonart.com.

Fitzgibbons fascination with the Crescent Hotel clearly stems from visiting family in Eureka Springs when he was a kid, he says. 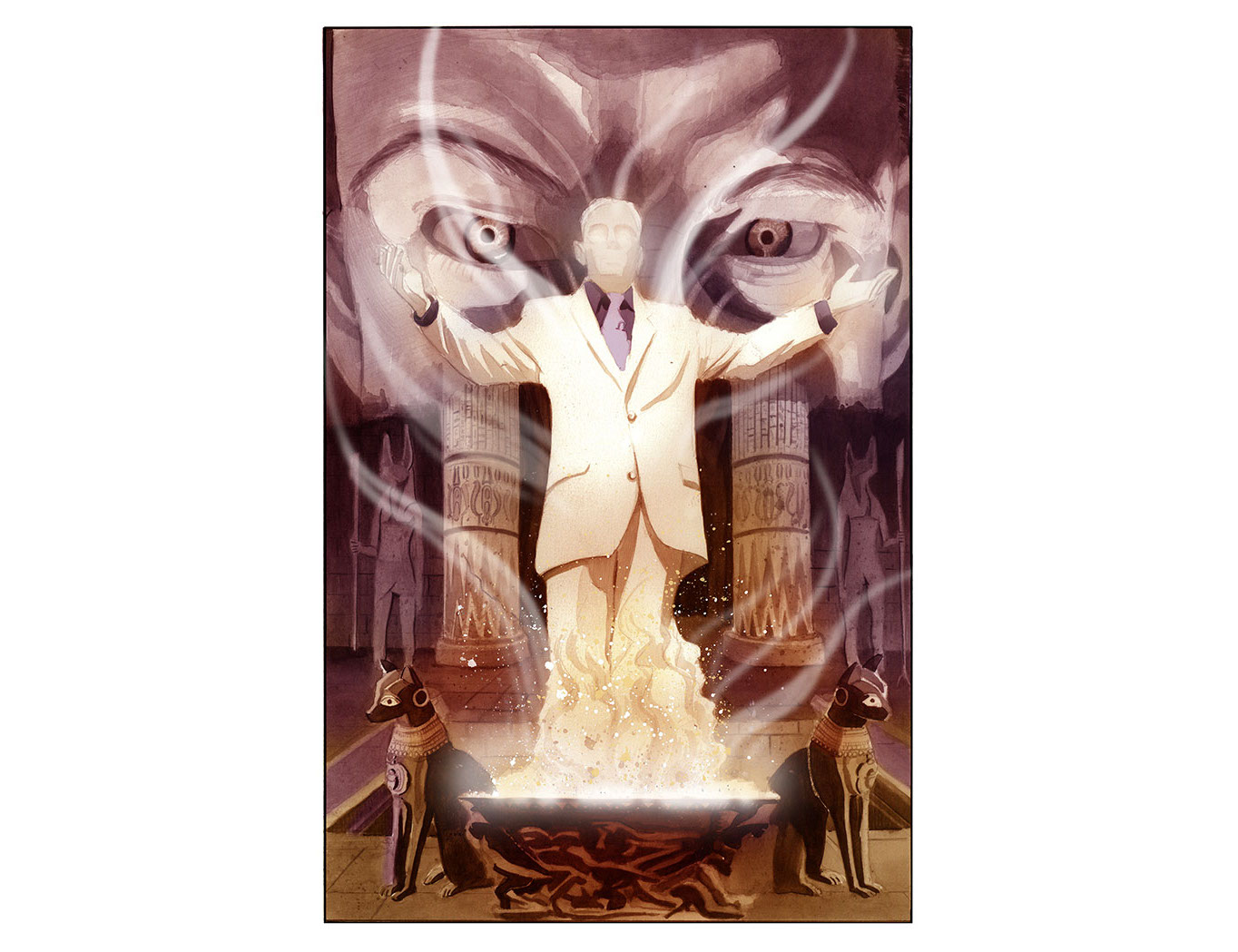 In the 1930s, the history of the Crescent Hotel took a dark turn that intrigued Fitzgibbon. A “former vaudeville magician, turned inventor, multimillionaire businessman, populist radio host, cancer doctor without a day of medical training in his life,” Norman G. Baker, calling himself “Doctor,” lured the dying to Baker Hospital in hotel and promised them that he could heal them in his “castle in the air”. (Image courtesy/Copyright Sean Fitzgibbon) “I’ve always been fascinated by the charming Queen Anne homes on limestone cliffs, steep hills and serpentine roads that don’t intersect. I just made that up. However, the most compelling and mysterious feature for me has always been the old Crescent Hotel with its bizarre, dark and checkered history. Years later, I stayed at the hotel and went on the ghost tour. What stuck in my mind was the story of the fraudulent doctor who turned the hotel into an abnormal hospital. Elements of Mary Shelley’s ‘Frankenstein’ and Stephen King’s ‘The Shining’ have me morbidly fascinated. Who was he and how did this happen? This is my best interpretation of this strange person, place and time.”

After writing and illustrating “DomestiCATed: Paths Once Crossed” https://www.nwaonline.com/news/2022/jul/26/what-follows-is-true-sean-fitzgibbon-debuts/ “a fictional graphic novel of three sombre short stories that follow a black cat venturing into the nefarious underbelly of domestic human existence,” and a short story for Cemetery Dance Magazine’s Grave Tales entitled “Ubiquity of Strangers,” Fitzgibbon didn’t hesitate to sign up for the Graphic novel to decide format to tell the story of the Crescent Hotel.

“I am a visual person and think in pictures. I studied both studio art and graphic design in college, and I’ve always had a love for literature and film. I think graphic novels are a wonderful way to communicate stories using techniques derived from all of the above.

“I also gained a lot from watching documentaries. Documentary filmmaking has evolved over the years without clear boundaries, employing a collage-like array of film techniques and media, and I like to bring this experimental, collage-like approach to my non-fiction books for graphic storytelling.” 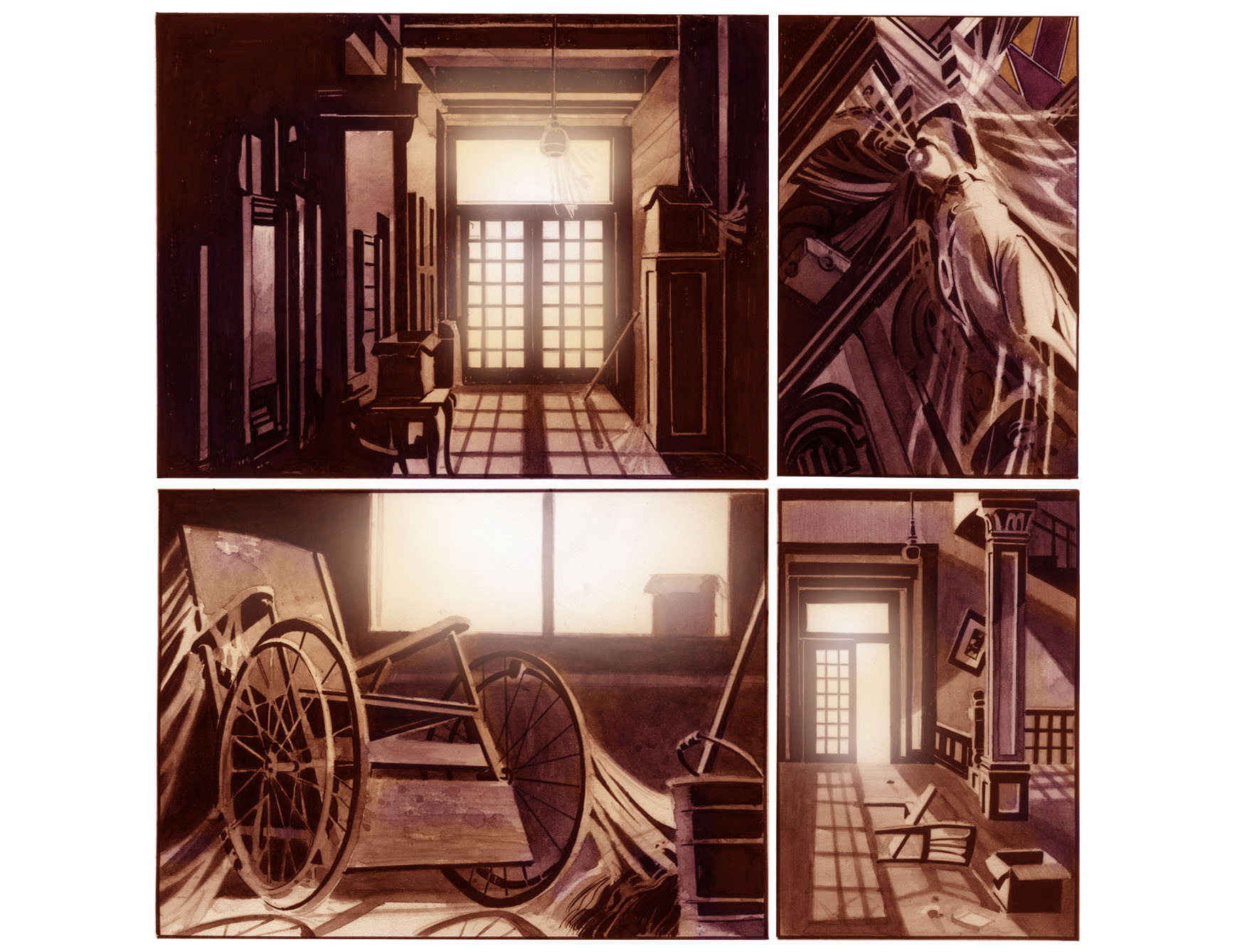 “My family used to visit Eureka Springs when I was a kid,” says artist Sean Fitzgibbon. “I’ve always been fascinated by the charming Queen Anne homes on limestone cliffs, steep hills and serpentine roads that don’t intersect. However, the most compelling and mysterious feature for me has always been the old Crescent Hotel with its bizarre, dark and varied history.” (Image courtesy/Copyright Sean Fitzgibbon) Graphic novels, according to Fitzgibbon, are for everyone.

“Artists and writers of all disciplines, cultures, and ages today see the medium as a way to tell stories of any genre, using virtually any method, and bring new and exciting work to the table.”